By combining art, communications and cutting edge technologies, we create the most innovative branding for web, print, video, packaging and social media marketing campaigns for your business that will get results!

We are an integrated advertising and marketing agency focused on helping businesses grow by creating dynamic interactive websites, cutting edge videos, innovative packaging, collateral and social media campaigns that cut through the clutter.

Our mission is to bring great ideas to life and help our clients succeed.

We deliver more value than our team & clients expect.

Our methodology is to listen to our clients, research target audience and come up with amazing ideas and concepts.

We believe in craftsmanship & attention to detail 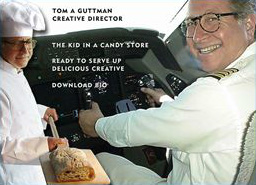 Tom’s awards include the Clio for Universal Studios and the Gold at the International Advertising Festival for the U.S. Forest Service.

He has participated in the American Association of Advertising Agencies’ Advanced Course in Advertising at USC and attended Pasadena’s Art Center College of Design. He holds a Bachelor of Arts degree in Advertising Design from California State University, Northridge.

Tom’s other passion is his 5yr old Grandson. 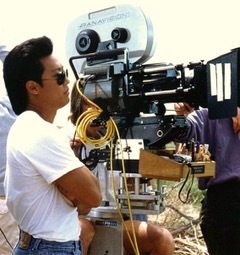 Rhee is also an award winning film Producer and Director, best known for creating the “BEST of the BEST” film franchise with his producing partner and mentor Peter E. Strauss , Former Chairman of Lions Gate Entertainment.

2015 AMC Movie Review by Chief Editor John Campea chose “Best of the Best” as his favorite movie of all time.

In 2015, “Best of the Best” was chosen by Fandango’s 15 most inspirational sports movies of all time along with “Rocky”.

Rhee speaks three languages and lives with his fashion designer wife, Amy and his son Sean. 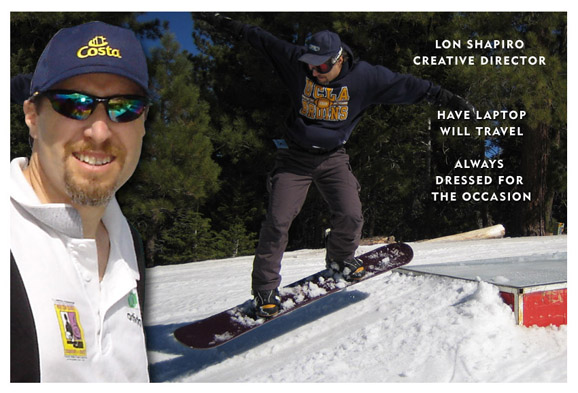 Lon has worn a lot of hats. He started out as a professional tennis player, then became a coach. Now, he applies his focus and discipline on the ad biz. He is laser-focused in the now, learning the client’s story, the users’ needs, and the technical specs of each project.

Lon stumbled into the world of graphic design after his wife asked him to design a flyer for her Five is Fun class at a local park. The park’s director liked the flyer so much, he asked Lon to design flyers for all his classes. In short order, four L.A. parks asked him to do all their promotional art. Within a couple of years, Lon had gained enough experience to work as a freelance production artist and graphic designer for various agencies. The final piece of his art education came in the form of a five-year stint working under Grammy-winning entertainment designer Andy Engel, where they did all the A-list video and CD packages for Disney, Universal, Fox, and Dream Works.

After that, Lon and Tom Guttman started their own design studio. Over the years, they serviced clients such as Six Flags Magic Mountain, Disney, and Sea World, and everything from soup to nuts in the food and produce categories. In addition, they worked with non-profits, including the California National Guard, Jewish Big Brother, California Literacy, and a number of private schools.

At every step of the way, Lon does whatever it takes to deliver great creative on time and within budget. And that means a lot more hats: art director, copy writer, video producer and editor, web developer, and associate creative director.

We bring together creative vision, strategic thinking and production expertise in order to deliver result-driven work that is unique, sophisticated and of course, talked about.
We Get Results 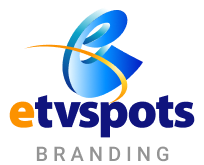